How to witness to dispensationalists 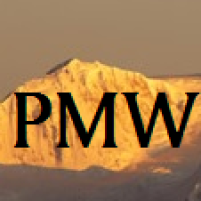 HOW TO SAFELY WITNESS TO DISPENSATIONALISTS

PMW 2022-033 by Kenneth L. Gentry, Jr. Below is a humorous article on dealing with dispensationalists.

When I was a student at the Christian college in Tennessee , the faculty continually emphasized that proper methods are essential for successfully witnessing to unbelievers. Because of their commitment to methodology, in the view of the administration and faculty the most important early church father was evangelist Charles G. Finney. (They noted that he was not real, real early, but that he was certainly earlier than any of the faculty — most of whom were fathers.) Finney’s important contribution to evangelism lies in the fact that he invented the “anxious bench” that was so vital for helping the sinner to convert himself.

Super church pastor Jacques Hills spoke frequently in our chapel services. He emphasized how very important it was for soul-winners to use mouthwash, so as not to turn off the unbeliever who opens the door when you come knocking. He pointed out that it would be a tragedy if on Judgment Day some poor sinner was denied entry into heaven because you ate cabbage-wrapped bockwurst the day he met you. Because there were so many eager students gathered on one campus, many debates broke out regarding the best brand of mouth wash to use. This was never fully resolved in that the school year lasted only nine months.

We also learned from John R. Oats the importance of using a piano rather than an organ in evangelistic services. He pointed out that the slow building crescendo of a note on an organ was not as effective as the staccato, piercing sound of the piano. He emphasized how urgency was better promoted by a piano than an organ.(Dr. Oats even pointed out exegetically that no verse in all of the Bible mentions the electric organ.)


Tragically some students went out immediately and started smashing organs as “instruments of the devil.” One was even electrocuted because he used an iron crowbar that conducted electricity when it penetrated the electronic components within the organ. Needless to say, at his funeral we heard only the piano as we were all urged to come forward. Many of the students were born-again once again as they crowded the church aisles. And this was all because of this well-orchestrated funeral service. This student truly laid down his life for his friends.


My Personal Challenge​
With these practical matters in mind, I have developed a helpful approach for witnessing to dispensationalists. I have seen too many erstwhile Reformed theologues stumble away from a fruitless encounter with a dispensationalist. They slink away with the profound realization regarding their dispensationalist friend: “the lights are on, but nobody’s home.”

My method helps soften up the resistance, so as not to turn off the dispensationalist as he scours the newspaper for material for next Sunday’s message. I hope that these ideas might prove helpful to you as you seek to minister to dispensationalists in the highways and byways. And in the Christian bookstores, and trinket shops. And at prophecy conferences and church camps. And on church basketball teams, and baseball teams, and bowling leagues, and badminton leagues. And so forth, and so on.

You can say one thing for dispensationalists: they certainly have been fruitful and multiplied. Perhaps the methods I suggest below might even be helpful for you to start an effective church slimming seminar. I know these have certainly worked for me.


My Recommended Method​
When witnessing to dispensationalists, you will find the following recommendations quite effective.

(1) When approaching a dispensationalist, never — never! — walk up from behind. They are always looking up, absorbed in contemplation, eagerly awaiting the Rapture. Thus, any sudden movement from behind might scare them, turning them off as potential converts. Plus it may result in their mercilessly stabbing you with their gold-plated Bible marker.

(2) In fact, if you really want to be successful in your witness to dispensationalists, buy a convertible and let them actually see you drive up in it. They will realize how seriously you take the any-moment Rapture and how prepared you are for it. (Be aware though: They will immediately look to your bumper to make sure you have a bumper sticker that says: “In case of Rapture this car will be unmanned.” You must always have the proper bumper sticker prominently displayed. And don’t buy defective bumper stickers, such as the one that says: “In case of rupture this car will be un-manned.”)

(3) If you are earnest in your desire to effectively witness to dispensationalists, you should always have a Scofield Reference version of the King James Bible with you. As you approach them, be sure to have the Bible out in front of you with the cover clearly visible. When they see the gold lettering “Scofield Reference Bible,” they will at once find perfect peace.

(4) I highly recommend also that you carefully fray the pages of the Book of Revelation. The dispensationalists will see this and believe that you are diligent student of Revelation and one of them. This will cause them to be warmed and filled. They might even spontaneously erupt with their favorite greeting: “Maranatha!”

(5) Though some Reformed evangelists discourage this in our litigious society, I believe that it is always a good idea to accidentally bump dispensationalists when first approaching. This proves to them that you are literal, and not some spiritual interpretation. This will make them believe you are on the same wave-length. (Some may believe in the corpuscular theory of light, but statistics show that the average dispensationalist believes in the wave theory — after all, it is easier to think about. Always, always, always go with the law of averages.)

(6) Before you open your mouth to speak, let them see the colorful charts you have carefully placed in your shirt pocket. (Wearing pocketless tee-shirts is not recommended; when you go hunting, dress for the hunt. You wouldn’t want someone to miss the Rapture because you chose to wear some tee-shirt with a cheesy slogan on it, would you? I didn’t think so.) Once they see the colorful graphics they will surmise that you are either a dispensationalist or a Jehovah’s Witness, giving you a 50/50 chance to engage them in conversation.

(7) When you first begin speaking to the unwary dispensationalist, end each sentence with a confident sounding: “according to biblical prophecy.” They will hear this and be intrigued. I would recommend also that you do something that strikes people as Jewish. But be careful, don’t over do it. Many dispensationalists don’t trust people with biblical looking beards. (This is an odd inconsistency in their worldview that I don’t have space here to discuss. Besides, I am tired.)

(8) A good conversation starter would be something on the order of:

“Hey, did you hear the latest date predicting the Rapture? This is not some ‘off-the-wall’ stuff. I actually heard it from a televangelist!”

“Did you read in the news there was another earthquake? How many does that make this year? Don’t you enjoy living like a person who doesn’t expect to be around much longer? I know I do.”

A dispensationalist finds it impossible to turn away from such salient and intriguing information. In fact, they may pull out their own Scofield Reference Bible and take some notes based on your comments. You have primed the pump. I often drop into conversations that I lived in California for several years, consequently, I have personally felt earthquakes.

P
Dispensationalists and the Holy Spirit