NEW BOOK: The Ten Commandments in the Life of the Christian by C. Matthew McMahon

The Ten Commandments in the Life of the Christian by C. Matthew McMahon (357 pages)

In the contemporary church biblical teaching revolving around the Ten Commandments is inconsistent at best. Paul’s statement, misunderstood, is often what Christians will run to, “for ye are not under the law, but under grace,” (Rom. 6:14). Christians often want to divorce themselves from God’s holiness. They frequently do not understand how holiness in life is attached to both God’s character, and God’s commandments.

Today’s church is very happy to take Christ as Savior, in some instances, as prophet, but not so much as King. Christ says, “If a man love me, he will keep my words.” The man who loves Jesus as he ought, what will the outcome be for him in this act of loving? “…and my Father will love him, and we will come unto him, and make our abode with him,” (John 14:23). Union and communion with Christ are set on keeping his words. The King commands his people and he expects them to obey. This is not legalism, as if one would work for their justification, but rather, it is obedience, that one would be made more like the King in holiness. Christ says, “If ye love me, keep my commandments,” (John 14:15).

This work takes Christ’s Ten Commandments, the commands of King Jesus, and not only expounds their basic teachings, but also how those commands apply to the life of the Christian. First considered is the relationship between the Law and the Gospel. Then each command will be considered, in both their positive and negative aspects (i.e. do not lie, also means, tell the truth). Then three concluding chapters will cover, 1) those people who count the Law of God as a “strange thing;” 2) those people who turn away from the Law and reject it; and 3) how Christ is the “end” of the Law for all believers, and what that actually means in light of his covenant work and merit. This is a practical study of how the “law of Christ” applies to every Christian both in obedience and submission to Christ the King, and for the good of their growth in holiness.

Get the eBook pack here at Puritan Publications.
Get the Printed Book here at my Spotlight Page.
Get the Amazon versions here.
Get the Google Play Version here. 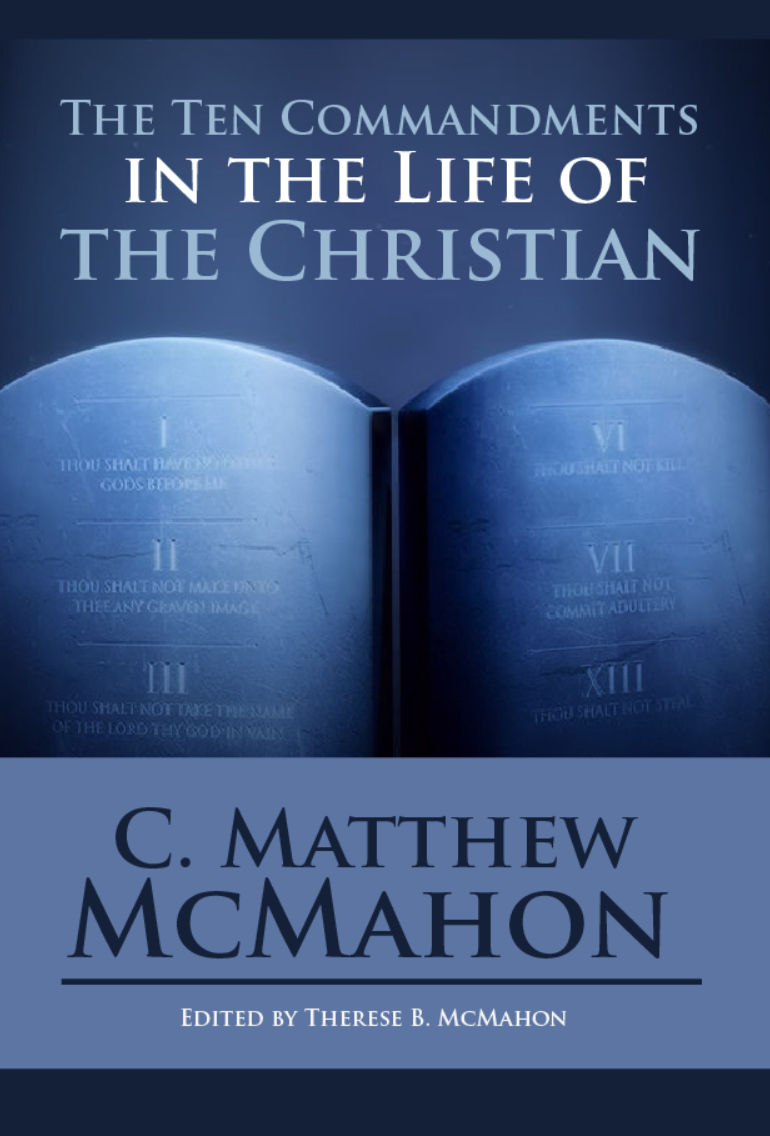 FYI: 15% off all printed books through MAY 6th at my Spotlight Page on the new book (and all other books).

Use REACHOUT15 at checkout.

Ordered, thanks for the code!

Is this being sold in the UK, or do we just need to order through the link and get it shipped to UK?

Scottish Presbyterian said:
Is this being sold in the UK, or do we just need to order through the link and get it shipped to UK?
Click to expand...

The printed books are through the distributor Lulu. They ship everywhere, so, yes, with the link provided.

On the other hand, I personally provide free shipping all over the world on all eBooks from Puritan Publications.

aaronsk said:
Ordered, thanks for the code!
Click to expand...

Sure thing. Whenever they send the code out, I always post it. They seem to hover between 10-15%.

NEW BOOK: The Kingdom of Heaven is Upon You by C. Matthew McMahon

The Ten Commandments as the summary of the moral law