Resources for "Establishing the Text"

If this has been discussed already, please forgive me.

As I graduate (Lord willing) seminary this next semester, and as I've been away from the Westminster Theological Seminary library in general because of WTS covid restrictions, I'm worried that I will no longer have access to the resources I had for "establishing the text," or the textual history of a passage as I once did.

Gwallard said:
If this has been discussed already, please forgive me.

As I graduate (Lord willing) seminary this next semester, and as I've been gone from the Westminster Theological Seminary library, I'm worried that I will no longer have access to the resources I had for "establishing the text," or the textual history of a passage as I once did.

Honestly it's my typical practice to only note text critical issues that are explicitly mentioned in the English text. If you do more than that regularly in your preaching you might confuse people or worse undermine their confidence in their English Bibles. Congratulations on your upcoming graduation! It's an exciting time!

I found Scrivener treated the evidence for and against various passages with remarkable fairness and caution, although I don't think his work is exhaustive of every text, but a good many of the more well-known ones. Although not a TR guy, he did compile the TR manuscripts behind the KJV which is what a lot of people use today as their Greek text. 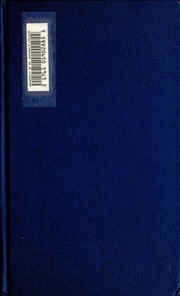 A plain introduction to the criticism of the New Testament for the use of Biblical students : Scrivener, Frederick Henry Ambrose, 1813-1891 : Free Download, Borrow, and Streaming : Internet Archive

Maurice Robinson (Byzantine Priority) also seems to have a high regard for Scrivener.

In terms of the OT, BHS gives you all the basic information (kethib/qere readings, manuscript variations within the Masoretic tradition, Septuagint and Qumran). As Zach has said, unless it is footnoted in your English translation or there are striking variations between the English versions that your people use, most OT text critical issues can be ignored for the purposes of preaching. If you are preaching a series from an OT book, one of the commentaries you own should be sufficiently technical to address text critical issues (NICOT/Word/etc). But most pastors would be better served spending more time in thinking through gospel-centered application than investing it in text criticism. If you get stuck and have a question about a text that you don't have a commentary for, you can always try the "Search inside" feature on Amazon. It won't always have the page you need, but sometimes you can access it that way.

I think you'll find two main schools pertaining to "Resources for 'Establishing the Text'" — known as the Critical (or Eclectic) Text, and the Traditional Text. Except from a class a few years back:
____

A pertinent quote from an essay by Dr. Theodore Letis:


Both schools interpret the data of NT textual criticism and modern translations differently, and both groups fill in the gaps in the data with assumptions which favor their given position. I hope some are beginning to see that this is not an argument between scholarship (the established school represented by Carson) and non-scholarship (the challenging school which has traditionally been treated as non-scholarly and completely uncritical). To the contrary, the best representatives of both schools display genuine scholarship. Why is it, then, that these two schools co-exist on this all-important issue of the very wording of the NT text?​
He closes the essay with these words,


Some will fault me for not answering every objection of Carson’s, but it was only our intention to raise the old issue of presuppositions and to underscore the fact that this debate is not one between experts with data and non-experts with dogma, but rather one between experts with the same data, but different dogma—the dogma of neutrality versus the dogma of providence…(pp. 201-204). (From, The Majority Text: Essays And Reviews In The Continuing Debate, the essay, “In Reply to D.A. Carson’s ‘The King James Version Debate’”.)​
I repeat what I said in the week 01 handout for this class, again quoting Edward Hills, on this matter:


Has the text of the New Testament, like those of other ancient books, been damaged during its voyage over the seas of time? Ought the same methods of textual criticism to be applied to it that are applied to the texts of other ancient books? These are questions which the following pages will endeavor to answer. An earnest effort will be made to convince the Christian reader that this is a matter to which he must attend. For in the realm of New Testament textual criticism as well as in other fields the presuppositions of modern thought are hostile to the historic Christian faith and will destroy it if their fatal operation is not checked. If faithful Christians, therefore, would defend their sacred religion against this danger, they must forsake the foundations of unbelieving thought and build upon their faith, a faith that rests entirely on the solid rock of holy Scripture. And when they do this in the sphere of New Testament textual criticism, they will find themselves led back step by step (perhaps, at first, against their wills) to the text of the Protestant Reformation, namely, that form of New Testament text which underlies the King James Version and the other early Protestant translations. (E.F. Hills, Text and Time: A Reformed Approach to New Testament Textual Criticism, p. 1 [Kindle]; later retitled by the publishers, The King James Version Defended).
____

No doubt this post may take some flack, but the school has been well defended.​
T

Jerusalem Blade said:
The Majority Text: Essays And Reviews In The Continuing Debate, the essay, “In Reply to D.A. Carson’s ‘The King James Version Debate’”
Click to expand...

Is there some way I might be able to read this essay without buying the book? Is it posted online somewhere?

@ Zach, that is good practice. The most that I have done in preaching has been give the more "literal" gloss to a word. Like "evil" in Ecclesiastes 11:10 as opposed to "pain." Otherwise, I would be worried that people would get the wrong idea about textual criticism in general - I am continually amazed at the Bible's purity.
@ Logan, thank you very much! This is exactly what I was hoping for, brother!
@ianduguid that is very helpful advice. I have mostly followed this method in my textual criticism, with some variations. I have greatly benefitted from Metzgers "A Textual Commentary on the Greek New Testament." Is there anything of that nature for the OT? BHS is quite difficult.
@ Jerusalem Blade, Thank you for a fulsome reply! I have been interested in the arguments if that side because Westminster has not really touched on them in any direct way - though I may have missed it in our overwhelming readings.

@Taylor, do you have an Interlibrary Loan system in your local library? You could possibly get the whole book for a few weeks through them. I get some really difficult-to-find books through mine. I think his, The Majority Text: Essays And Reviews In The Continuing Debate, is one of his best.
T

Jerusalem Blade said:
@Taylor, do you have an Interlibrary Loan system in your local library?
Click to expand...

I'll have to check. Sadly, inter-library loan is something I have not made use of in the past. Perhaps that needs to change.

Dec 27, 2015
Robert Truelove
R
D
Do you favor either the Critical or Majority Greek Text?

"Do Many Scholars Prefer the Majority Text?"