In the past couple of years, I’ve gotten into genealogy in a serious way. As many of you know, you can’t do that without dealing with the Mormons on some level, even if it is simply benefiting from their preservation, digitization, and indexing of various records. If you join Ancestry, you’re dealing with a company owned by Mormons.

Along the way, I’ve gotten connected with a cousin (who was previously unknown to me) who converted to Mormonism several decades ago.

I’d like some recommendations on resources on Mormons, both historical development as well as
coverage of recent developments. One thing that is clear to me is that the Mormonism of today isn’t your father’s Mormonism, much less your grandfather’s.

I already have a handful of resources I’ve picked up here and there. I think there are probably better ones, but there is still a great deal of material that has been published in the past 10-15 years, and I don’t want to buy it all.

This was a snapshot of Mormon discussions from a few years ago. Good kindle price.

The New Mormon Challenge: Responding to the Latest Defenses of a Fast-Growing Movement - Kindle edition by Zondervan, Francis Beckwith, Carl Mosser, Paul Owen, Mouw, Richard J.. Download it once and read it on your Kindle device, PC, phones or tablets. Use features like bookmarks, note taking...
www.amazon.com

Now that I look at my Kindle books, I see that I have a few more than I realized, some of which are substantial works

Mormonism 101: Examining the Religion of the Latter Day Saints by Bill McKeever and Eric Johnson

The Mormonizing of America - Mansfield

The Maze of Mormonism - Walter Martin (an older work)

Out of all of these, “Mormonism 101” seems to have the most impressive endorsements from a variety of people. Sandra Tanner endorsed it, so I doubt it can be considered soft the way some evangelical engagement with Mormonism is these days.

And I’ve got an older Mormon work that includes controversial teaching that the Mormons attempt to disavow, “Mormon Doctrine” by Bruce R McConkie.

Is there anything that comes from more of a Reformed perspective? I know there are some James White books. I seem to recall seeing a book by an EPC pastor, but I can’t remember the title.

BayouHuguenot said:
This was a snapshot of Mormon discussions from a few years ago. Good kindle price.

The New Mormon Challenge: Responding to the Latest Defenses of a Fast-Growing Movement - Kindle edition by Zondervan, Francis Beckwith, Carl Mosser, Paul Owen, Mouw, Richard J.. Download it once and read it on your Kindle device, PC, phones or tablets. Use features like bookmarks, note taking...
www.amazon.com
Click to expand...

I saw that. I’ll probably get it due to the price alone. But Mormons like it, so it can’t possibly be solid. Your apostasy is complete, recommending books that are endorsed by Richard Mouw and Mormons.

EDIT: I see that DA Carson and Ronald Nash endorsed it, so maybe it’s not that bad LOL

This is the one by the EPC pastor that I remembered. It is out of print and not that cheap. Maybe Crossway didn’t print that many of them? 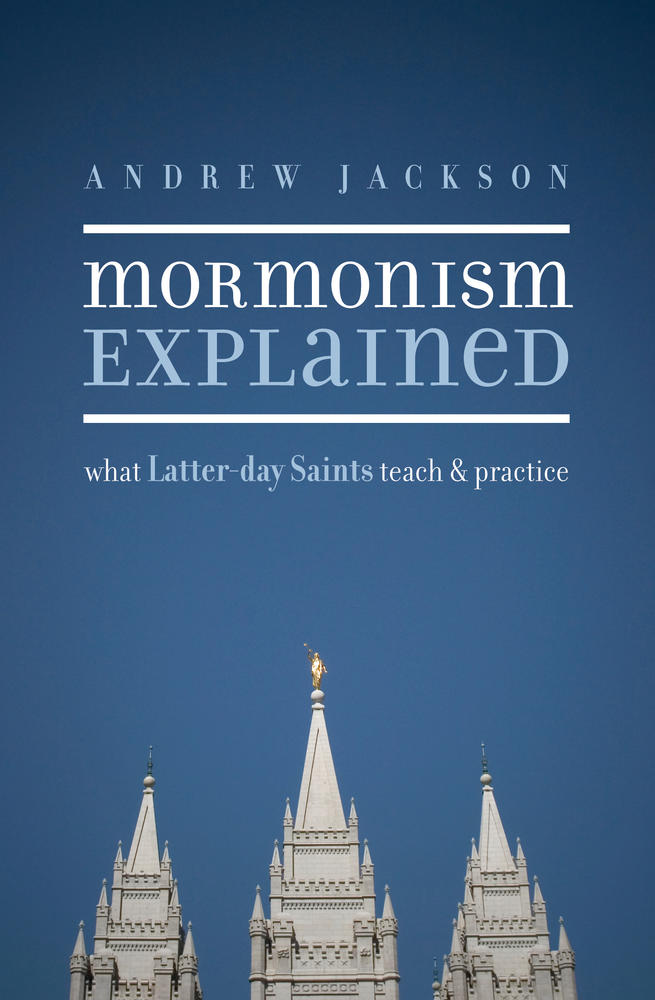 A concise, informative introduction to the origins, teaching, and practices of Mormonism today contrasted with historic Christianity.

Letters to a Mormon Elder by James White.

From what I hear and see the landscape is changing (or liberalizing) quickly.

arapahoepark said:
Letters to a Mormon Elder by James White.
Click to expand...

I second that. Also his other work "Is the Mormon my brother"? Both go nicely together.

However, James White also points out that Mormonism is changing fast due to pressures of a secular society etc. So one is uncertain as to how they will change their 'church' doctrine or practice.
L

If you want to read a great book, get Wife Number 19, the autobiography of Brigham Young's 19th wife.

She "apostatized" later in life and became a true Christian. She was young when the revelation came about polygamy, and her father, being an elder, was required to take another wife, initially against his happily married desire, although he and his wife settled together on a nice younger lady because they had to obey God speaking through the prophet. Naturally it destroyed her mother.

It has quite a bit of early doctrine in it as well, including the blood atonement teachings, where if you betrayed Mormonism you shed your own blood to be forgiven. Those murders gained some nice farm property for the ones executing the sentence.

Fanny Stenhouse is another: https://www.amazon.com/Tell-Womans-Life-Polygamy-Autobiography/dp/1794566120

Because she starts with the Christians in Europe who converted to Mormonism and then migrated to the USA, it traces the doctrines well. They were like some of our charismatics....they began to speak in tongues and follow prophets and at first it was far less clear how different it was than Christianity. It is a wonderful read. Fanny also left Mormonism later in life.
B

Joseph Smith and Brigham Young - two guys (especially the latter) looking for a way to legitimize and monetize their addiction to sex. They kind of remind me of Hugh Hefner. They started a religion. He started a magazine.

When you consider how large and successful the Mormon Church is today, you've got to vote for Smith as the most successful huckster of the 19th century. Puts P. T. Barnum to shame.
You must log in or register to reply here.
Share:
Facebook Twitter Reddit Pinterest Tumblr WhatsApp Email Link
Top