One of the casualties inflicted upon the Reformed world by the Young, Restless, and Reformed crowd is the reducing of the Reformed faith to predestination. A further casualty is misunderstanding the richness of predestination. William Perkins corrects both. The latter half of the book is a refutation of Alexander Dickson’s hermetic memory techniques. Perkins uses the teachings of Peter Ramus to refute them.

This is an early body of divinity. In some respects it anticipates the structure of the Shorter Catechism. While some of his remarks on the doctrine of God echo the content in volume five, they are nonetheless worth repeating. God’s nature is simple in that “whatever is in God is his essence” (Perkins 13).

A divine person is distinguished by a personal property, or its manner of subsisting in the divine essence (20). When God begets the Son, he begets him “within Himself” (21). Any subordination is ruled out, though one may speak of a logical ordering of the persons.

God ordained certain men to salvation to the praise of his glory (46). That is God’s decree. It is not identified with the execution of it, which has three parts: the foundation (Christ), the means, and the degrees. Because Christ is mediator, he is not subordinate to the decree of election, but only to the execution of it (48).

Perkins has some valuable discussion on the ten commandments, a few of which we will explore in detail. Given his background, we are not surprised to see his responses to occultism. He writes that “Albeit the devils cannot work miracles, yet may they effect marvels or wonders…by causing a thin body (as the air) to be thick and foggy…The foundation of magic is a covenant with Satan” (82).

In the third commandment he sees a rebuke to astrology, which he identifies with magic (93).

In the seventh commandment he notes that having sex with the devil is a violation of it (125). Quite true. He also sees a violation in “effeminacy.” That does not mean not acting like a manly manly man. Rather, it is idle wantonness which stirs up lust.

I found it interesting on the eighth commandment that he says “idleness” is a violation of it, or living like you have no calling (133). Perkins rightly condemns usury (135), though he understands there are times when both can agree on something above the return.

I’m not sure his talk on “just price” works. A “just price is then observed when as things prized and the price given for them are made equal” (138). This sounds good; it’s impossible to do.

On the sacraments I urge the reader to consult the charts in the book.

On fighting sin: if you are struggling with lingering sin, “accustom yourself to subdue the lesser sins, that at last you may overcome the greater” (200).

The Order of Predestination

The supreme end is God’s glory (305). The means of accomplishing this is creation and the permission of the fall. God’s will does not cause the fall. Rather, God did not give Adam his confirming grace.

To show that God doesn’t will evil, Perkins explains the complex taxonomy of the will. God either wills a thing itself (such as creation), or the event (sin). He does not effect the event; rather, he doesn’t hinder it (322).

When God wills a thing, he either wills absolute (the good in itself), nil (wills that x doesn’t exist), or partly both (wills not the being but the event).

The human will is “a power of willing, nilling, choosing, refusing, suspending which depends on reason. By ‘power’ I mean an ability or created faculty” (395). A will has the property of liberty whereby “it is free from compulsion or restraint, but not from all necessity”(396). Perkins has in mind the “necessity of infallibility” (396). God’s infallibility orders man’s will, yet there is no compulsion. God decrees the secondary causes by which the will naturally works (430).

God’s will is the “beginning or first cause of all things…and of all their motions” (397). God not only wills the being of all things, but their goodness as well.

Regarding man’s act of willing, there are five moments (405);
1) action of the mind
2) deliberation of the means to accomplish (1)
3) a determination
4) the choosing to do or not do
5) the free movement

Even after the fall, man has all of the above. What he often lacks is strength.

This section is rather difficult because it relies on key Ramist distinctions (which Perkins doesn’t always explain) and he is dealing with rather bizarre occultists. Alexander Dickson, following the hermeticist Giordano Bruno, developed a mnemonic device. That sounds innocent enough. On first glance it looks stupid, but harmless. There’s more going on. Bruno and others believed they were tapping into the divine mind by means of sigils and mental locations. That’s approaching rather dangerous ground.

It seems Dickson is saying that if you place items in mental locations, you can recall them better. I think that is what he is saying. It really isn’t clear, nor is it clear exactly how this works. Frances Yates explains it this way: Imprint on the memory a series of loci or places. Pretend you are using a spacious building. The places should form a series and be remembered in order. Give each fifth locus some distinguishing mark.

The danger is when Dickson suggested a ready-made “building” for one’s memory: the Zodiac. Now we are bordering on open magic.

Dickson’s memory chart. This is actually Perkins’ analysis of Dickson. 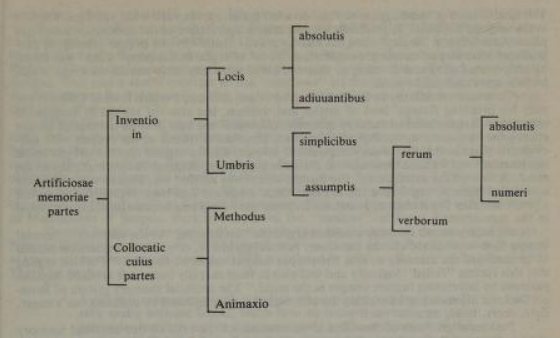 We rejoice that the works of William Perkins are now available and accessible. This is a great volume because it takes predestination to the next level of understanding it rescues Reformed theology from the claim that it subordinates Christ to the decree of election.

Staff member
Dr. Joseph Pipa told me he did his Doctorate on Perkins. He highly recommended him to me of course. Dr. Pipa was very helpful to me when I was dealing with Klinian Theology.

PuritanCovenanter said:
Dr. Joseph Pipa told me he did his Doctorate on Perkins. He highly recommended him to me of course. Dr. Pipa was very helpful to me when I was dealing with Klinian Theology.
Click to expand...

Interestingly enough, Perkins doesn't deal that much with covenant theology in this volume. I bet he does in the one on Galatians.

The Works of William Perkins, Volume 5

The works of William Perkins

The Order of the Causes of Salvation and Damnation - by William Perkins - NEW BOOK!

How BIG is your God? Perkins writes on the LARGENESS of God's Grace-NEW!